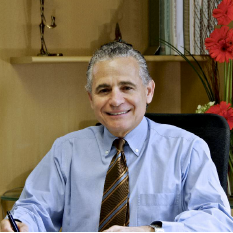 Dr. Lucas Gil Jiménez, studied dentistry at the University of Costa Rica, graduating in 1976. In 1981 he received a Master Degree in Reconstruction of the Mouth (Prosthodontics) at the University of Indiana in the United States. That same year he opened his first clinic and from that day forward has actively practiced in this field of specialization including but not limited to Cosmetic Dentistry and Dental Implants.