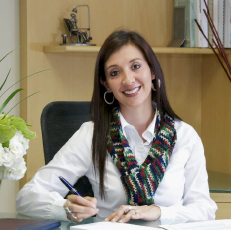 She currently has a private practice as a Pediatric Dentist and also works in the Gil Dental Group.